Celebrating Community and Culture through Art

Our collection of contemporary Australian Aboriginal art is the result of a longstanding relationship with the APY Art Centre Collective. "The Collective" is a group of Aboriginal art studios located in communities across the APY Lands (Anangu Pitjantjatjara Yankunytjatjara), a region in the vast Central Australian desert. These communities are small, but are home to a raft of acclaimed artists and revered cultural custodians.

Each piece in the hotel collection was created in a remote APY art studio especially for The Wall Street Hotel. Five top-tier artists from the region were invited, as part of the special commission, to create a series of painted works in their signature style to adorn our walls. The artists then worked with designers and master printmakers to recreate the paintings as works on paper. Every piece in this ground-breaking collection has distinct cultural ties to the next. And together, it is a fine example of the integrity, richness and beauty for which this internationally celebrated art movement is renowned. 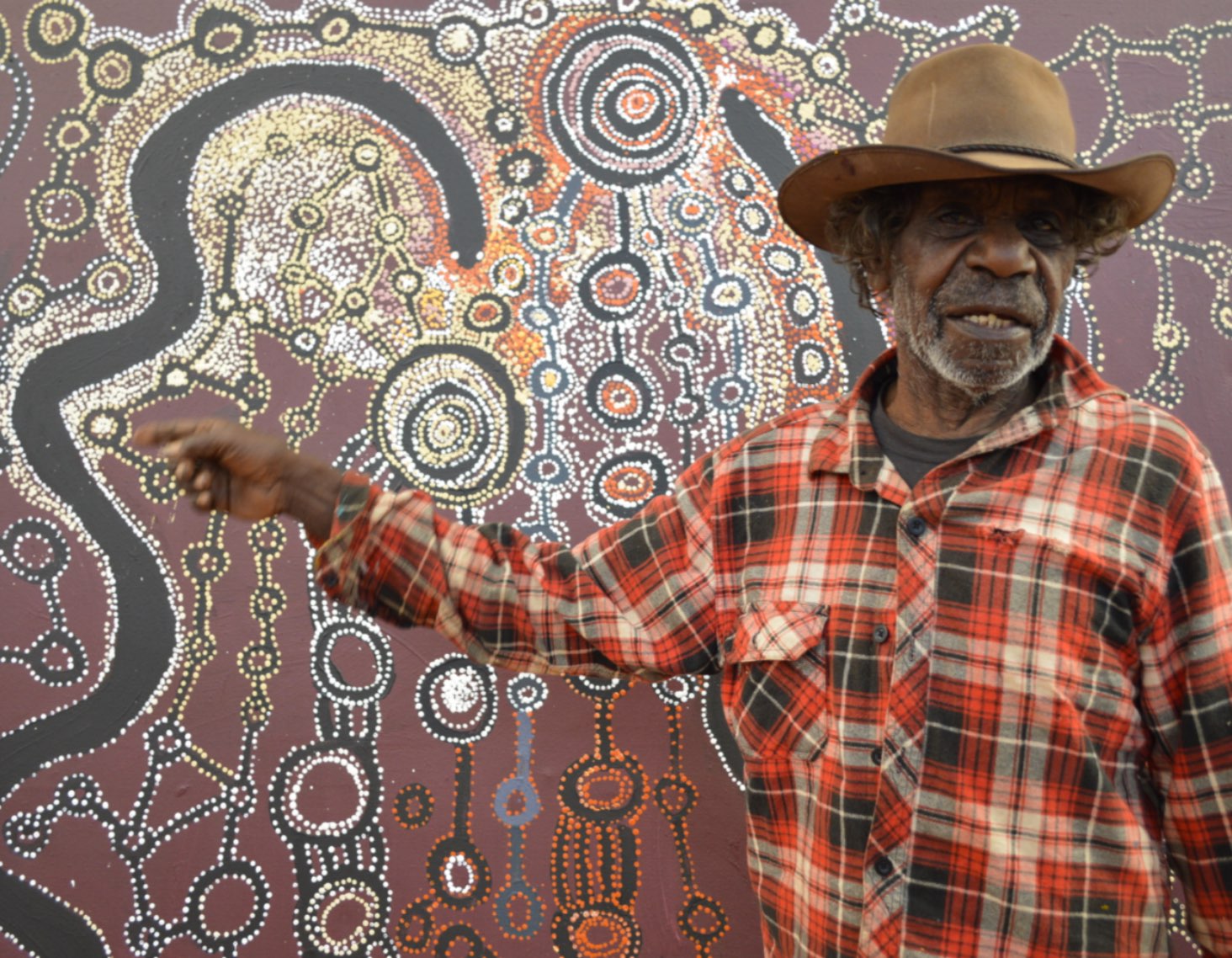 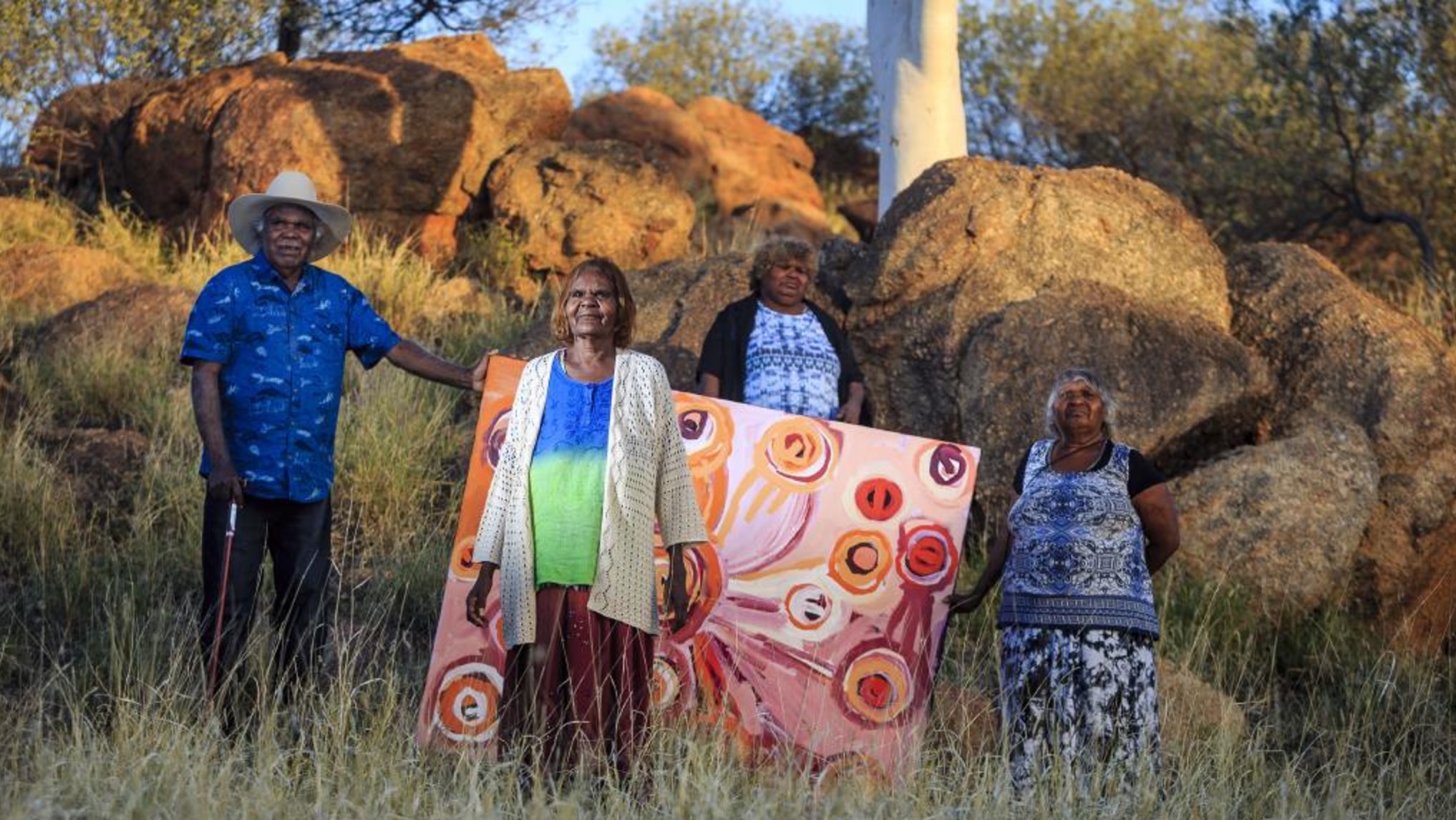 About The APY Art Centre Collective

The APY Art Centre Collective (the Collective) is a formidable group of the most celebrated and ambitious remote Aboriginal art studios in Australia, each exploring a diverse range of mediums to express and share their Tjukurpa (dreaming stories), which have been passed down from theier ancestors.

The Collective art studio groups are Aboriginal-owned and governed organizations spread across the APY region in remote Central Australia. We work with a united vision and voice on social enterprise initiatives and collaborative artistic projects.

There are more than 500 artists working in studios across the APY region. These studios play a vital and powerful role in Aboriginal communities that are struggling with complex physical and social conditions marked by intergenerational trauma, remoteness, poverty, and ill-health. Through cultural activity and income generation, significant progress is made towards improving the economic, social and psychological health and well-being of local people.

Betty Muffler is a renowned ngangkari (traditional healer), having learned this practice from her aunties, handed down through her father’s side. Alongside a rigorous art practice, Betty works extensively with NPY Women’s Council and medical practitioners to support the Anangu people to good health and through times of crisis.

Born near Watarru, Betty Muffler grew up at the Ernabella Mission following the displacement and deaths of family members in the aftermath of the British nuclear testing at Maralinga and Emu Field. Witnessing the devastation of her country and surviving this experience motivates Betty Muffler’s recurring depiction of healing sites and the intensity of her connection to these places in her paintings titled ‘Ngangkari Ngura’ (Healing Country). 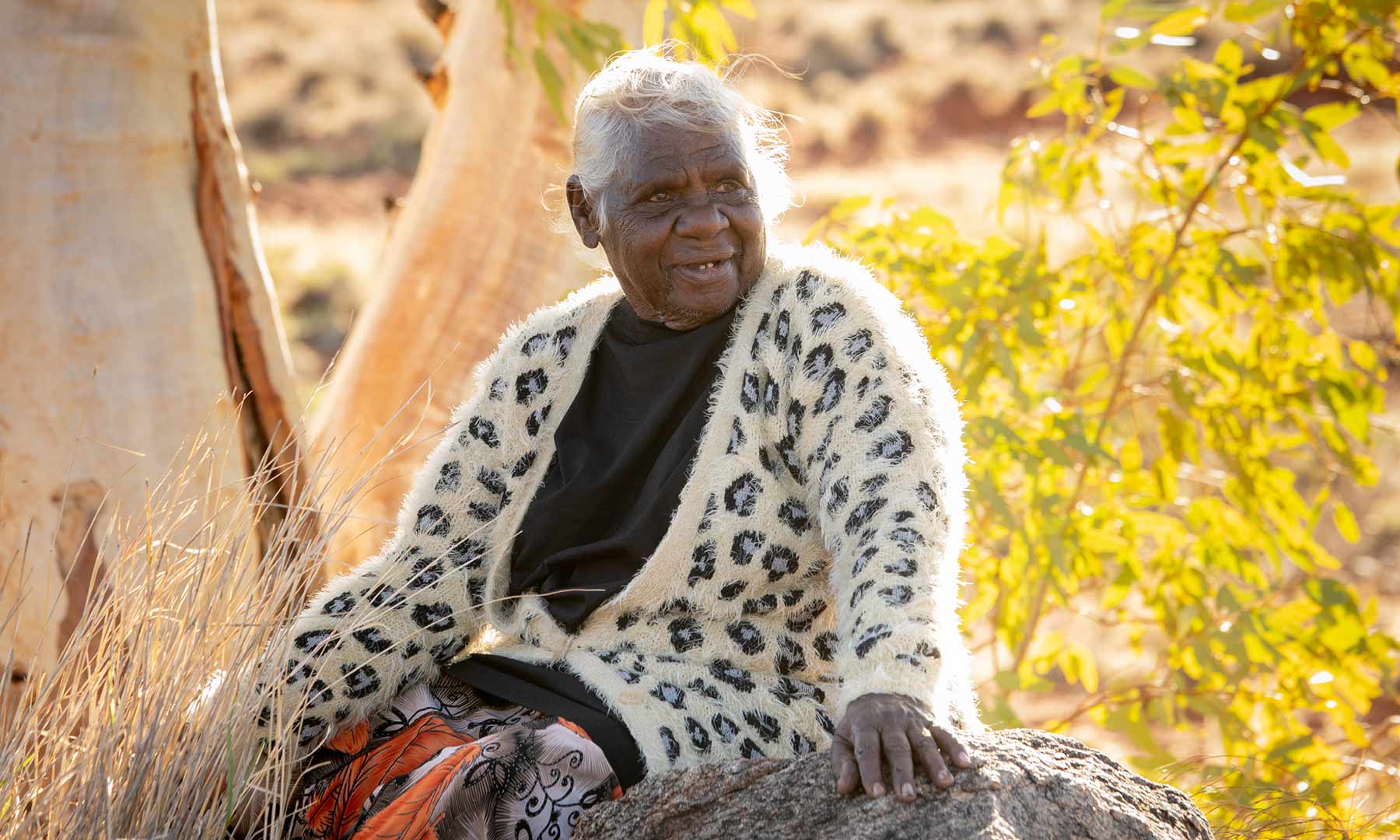 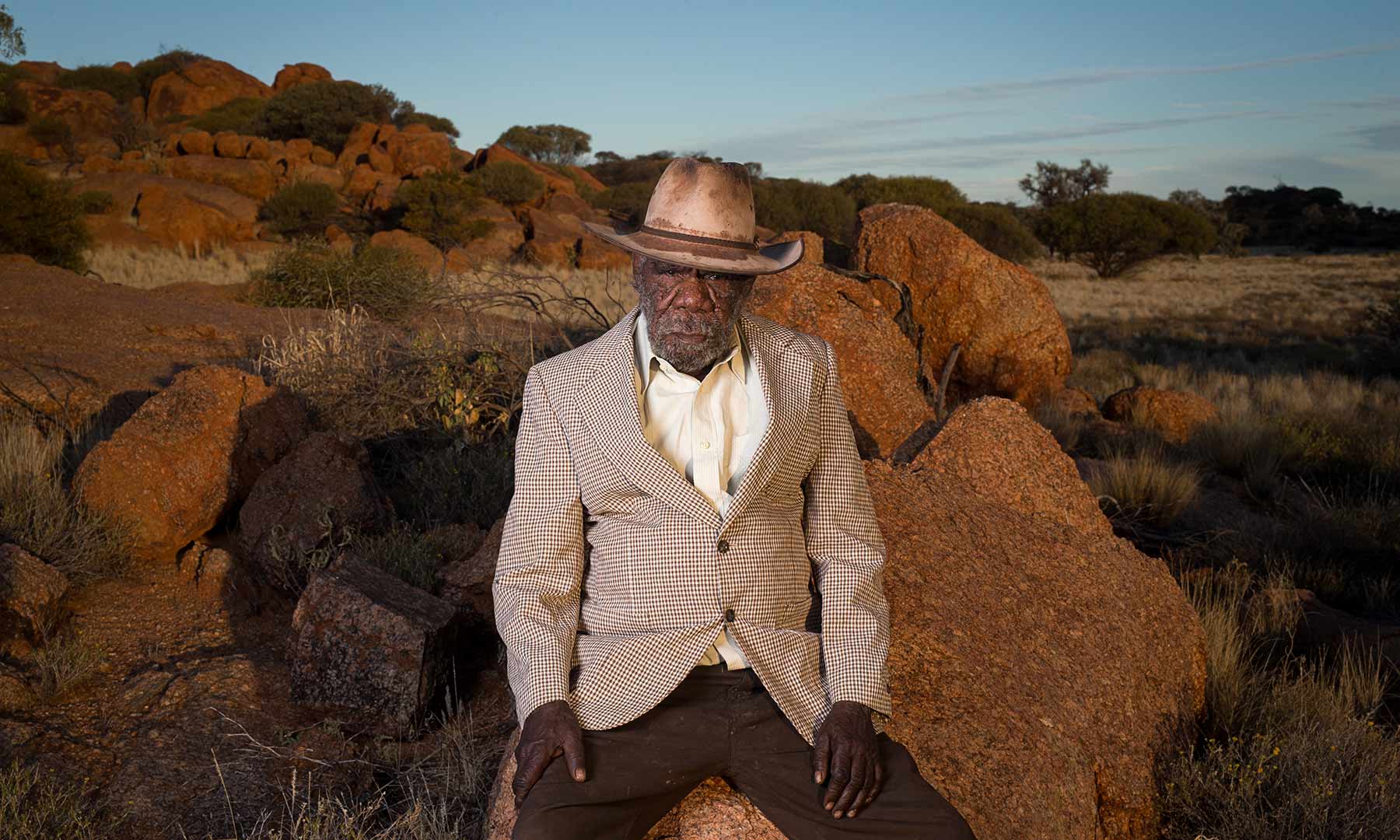 Peter Mungkuri was born in the bush near what is now the Fregon Community, growing up living a traditional Anangu existence with his parents and siblings. When the cattle stations were established at nearby Everard Park (Mimili) and Granite Downs, Mungkuri – like many other Anangu men – became involved with station work.

Nowadays Mungkuri is a dedicated artist, working daily at the Iwantja Arts centre in Indulkana Community. Mungkuri is a highly respected Elder and leader in his community and all throughout the APY Lands. Mungkuri’s paintings detail his extensive knowledge of the country and Anangu culture, and reflect on his experiences working the land as a stockman.

Peter Mungkuri’s paintings and work on paper have been acquired by cultural institutions and significant collections in Australia and overseas. Peter Mungkuri was the winner of the inaugural Hadley’s Prize for landscape painting in 2017 and was the winner of the NATSIAA General Painting Award in 2018. Peter was recognized with the medal of the Order of Australia in 2020 for his services to Indigenous visual art, and to the community.

Matjangka Norris is from Watinuma on the Anangu Pitjantjatjara/Yankunytjatjara Lands (APY Lands), 350km SE of ULURU. She has worked in the mediums of painting and batik, examples of which can be found in the National Gallery of Victoria, South Australian Museum and Flinders University Collections. Matjangka is an energetic, prolific and versatile artist who now concentrates on painting as her primary medium. Her work features a range of subjects including the constellations, traditional country and bushfoods. Her versatility is evident in the range of styles she uses, from her abstract seed paintings to those that show her creative and humorous personality and feature quirky imagery such as Mamu (spirit monsters). Matjangka works full-time creating her art and spends most days in the Kaltjiti art centre. Her innate sense of creativity encompasses 'all mediums with the unique quality of a genuine artist. Matjangka was born at Victory Downs Station, just on the Northern Territory border, north of Fregon. She moved to Ernabella with her family when she was a tjitji pulka (big girl) and went to the mission school. Matjangka and her family moved to Fregon, where she finished her schooling. 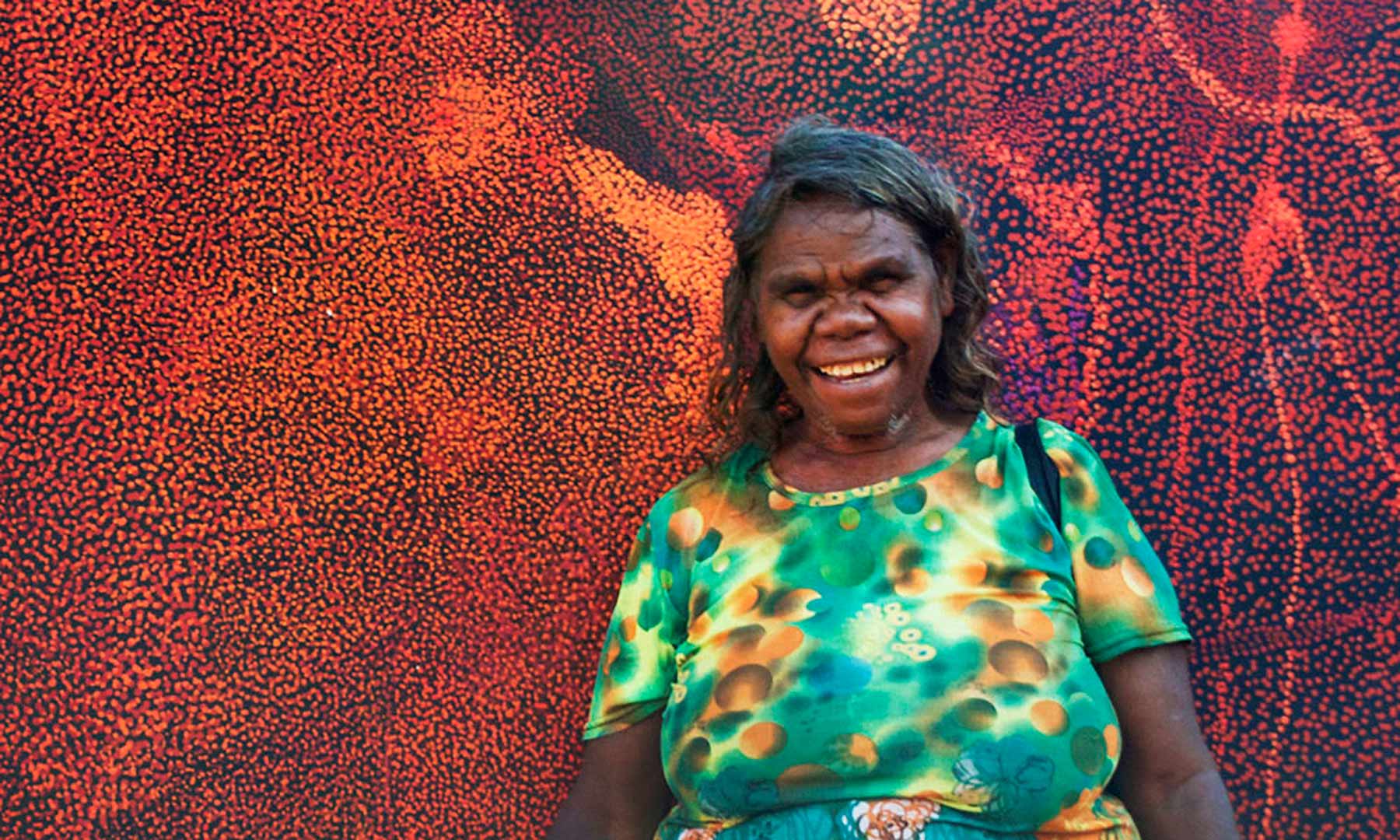 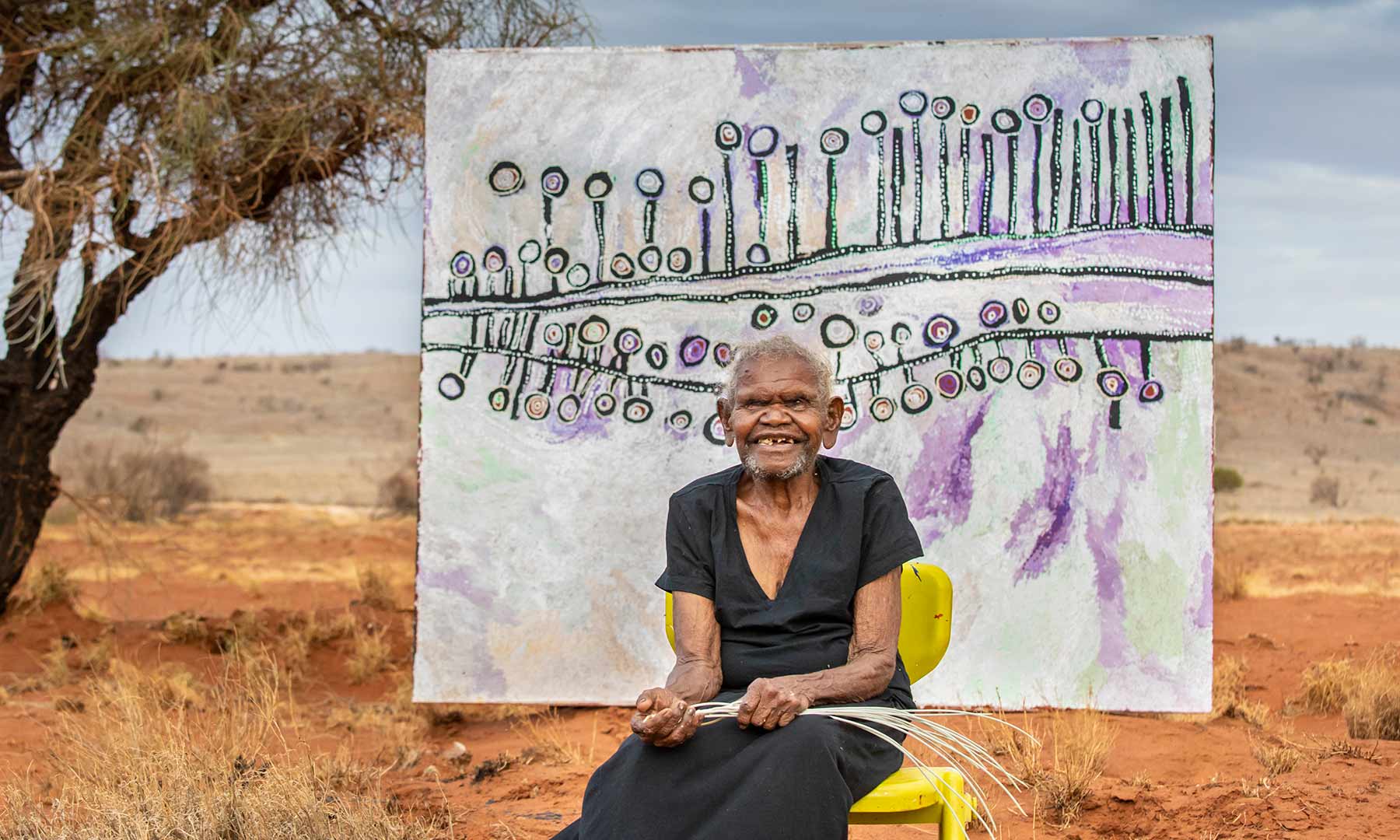 Wawiriya Burton is a senior woman and Ngangkari (traditional healer) from the Amata community. She began painting at Tjala Arts in 2008, before which she specialized in baskets and punu (wood carvings). Wawiriya maintains strong traditional cultural ties, demonstrated in her expressive paintings of her country. In these paintings, Wawiriya tells the story of her father’s country near Pipalyatjara, west of Amata in South Australia. A natural talent, her work gained fast recognition. Wawiriya has been selected seven times as a finalist in the National Indigenous Art Awards at the Museum and Art Gallery of the Northern Territory and four times as a finalist in the Wynne Prize at the Art Gallery of New South Wales. In 2018 Wawiriya received the Roberts Family Prize at the Wynne Prize. Her works are held in numerous institutional collections both nationally and internationally.

Tjangili was born in Ernabella. Her mother is Pitjantjatjara and her father is Yankuntjatjara. After completing school, Tjangili went to work in the craft room at Ernabella, where Winnifred Hilliard was the arts advisor. Some of the work at the craft room was making floor rugs, moccasins, weaving rugs and scarves as well as spinning and dyeing wool. Tjangili married Witjiti George at Ernabella and then moved to Fregon. She has three children. At the Fregon craft room Tjangili continued sewing, produced hooked floor rugs and skillfully produced batik. Tjangili is both a batik artist and painter of consistent high quality and flair. Her style detailing flower motifs features strongly. This abstract, intuitive style features the images and patterns strongly influenced by her traditional country, which is around Fregon and Ernabella on the Anangu Pitjantjatjara Lands of the remote northwest region of South Australia. She is a senior traditional artist with responsibility for traditional knowledge of dance and country. Her designs were also used in the Kaltjiti collaborative rug project, a cross-cultural project with traditional crafts people in Kashmir. In the past few years Tjangili has continued flourishing as an artist, producing paintings which have a mesmerizing effect on the observer. 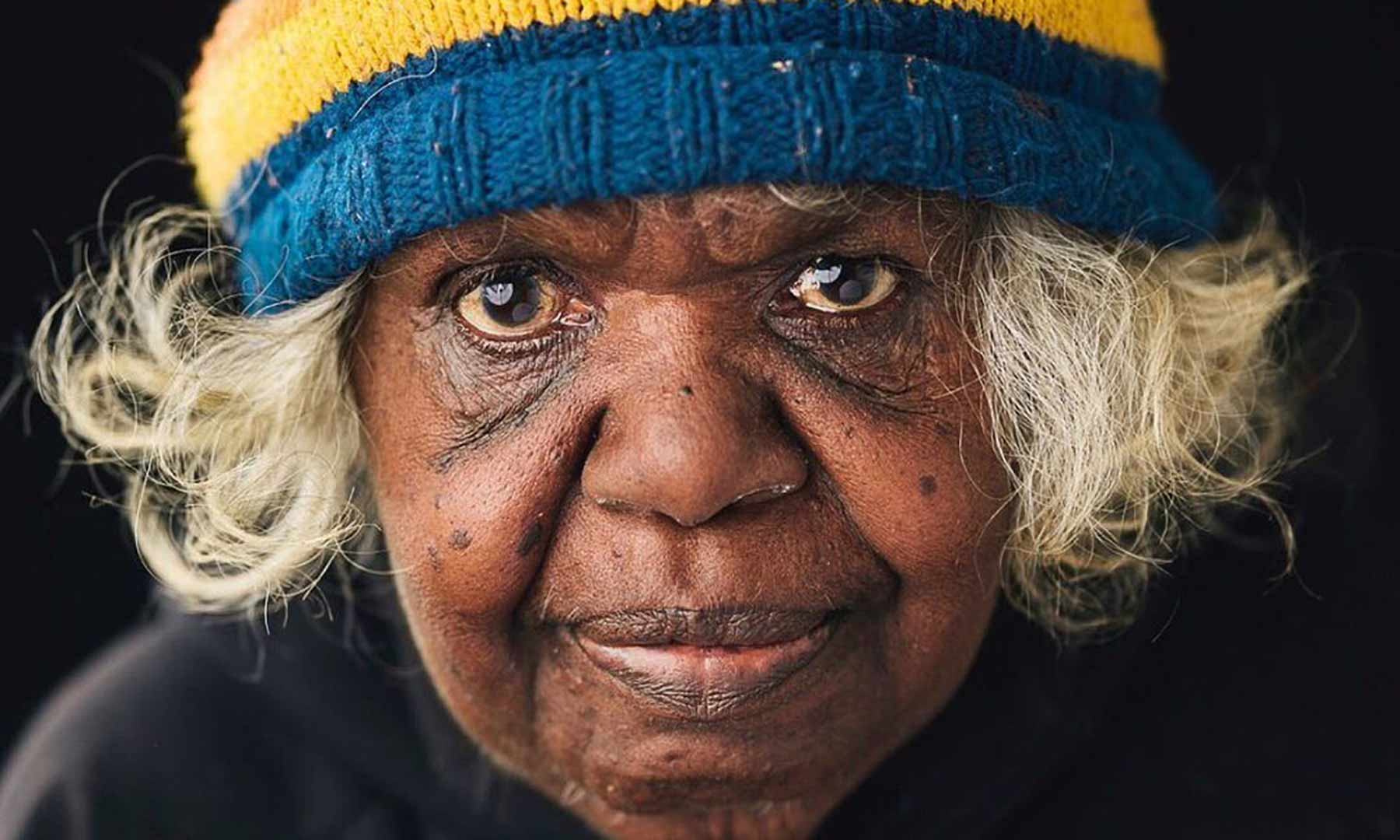